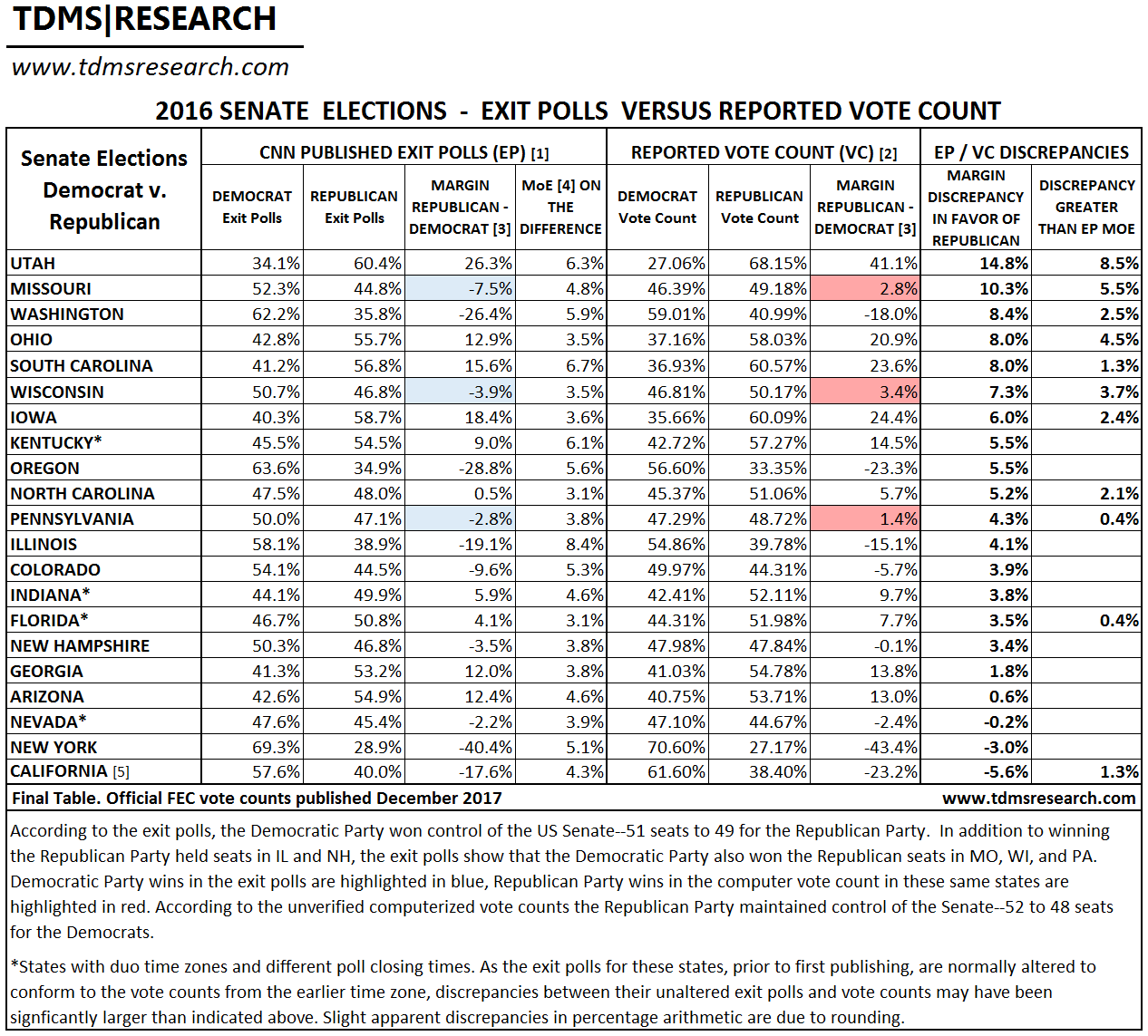 […] Republican Party with a two seat advantage. Like the 2020 and 2016 presidential elections and the 2016 U.S. Senate elections the 2020 US Senate races show almost all discrepancies, between the exit polls and the unverified […]

[…] the Republican Party with a two seat advantage. Like the 2020and 2016presidential elections and the 2016 U.S. Senate electionsthe 2020 US Senate races show almost all discrepancies, between the exit polls and the unverified […]