Presentation of exit poll results are often criticized because the standard MOE formula does not address all the other possible errors common to all surveys. The accompanying table, Republican Party Table 2, addresses this criticism by taking into account the total survey error (TSE) calculated by comparing 106 exit poll results for the main candidates in the Republican Party primaries with the official vote counts. 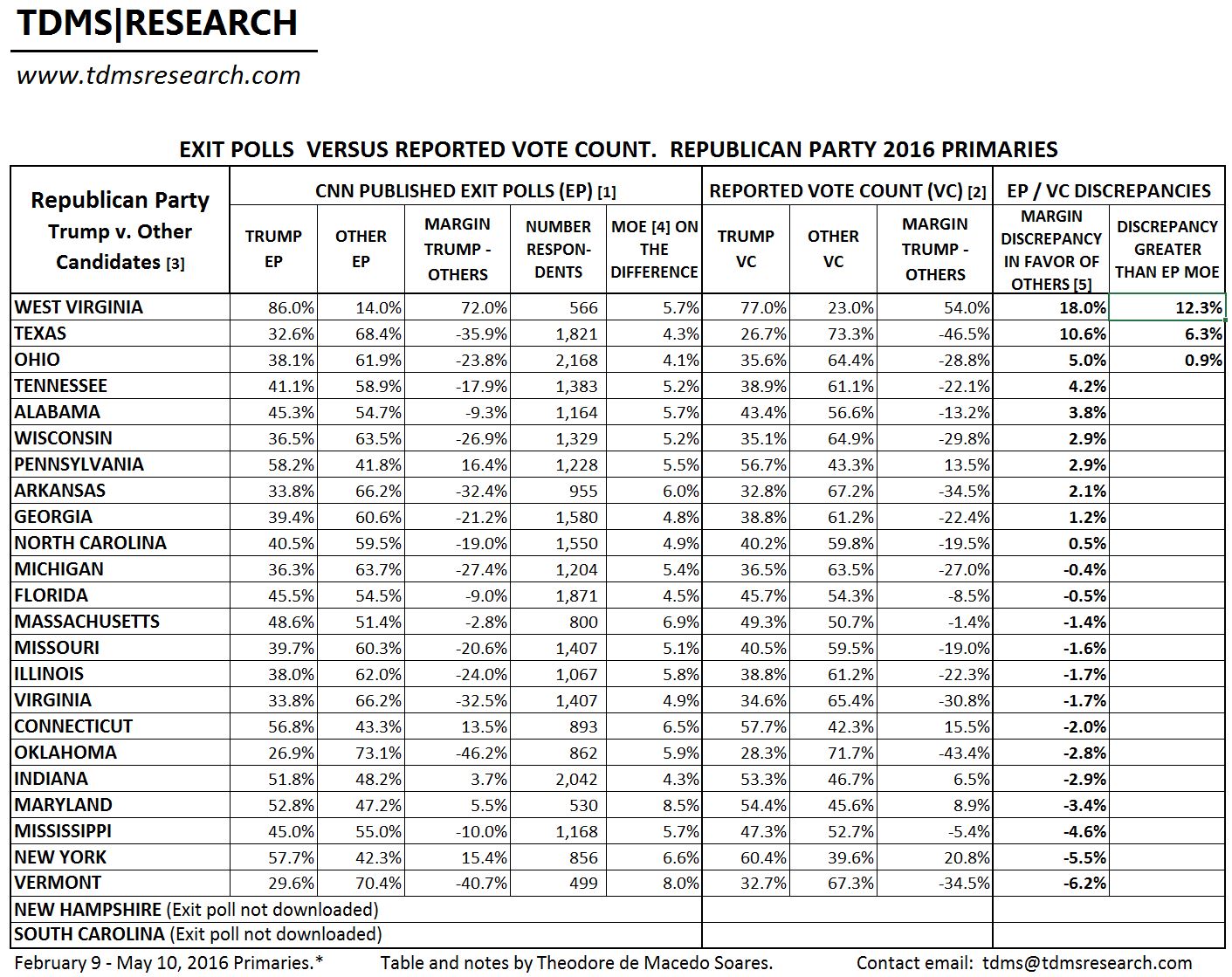 [4] Margin of Error (MOE) is for the differences between the two candidates (at 95% confidence interval). This MOE is about double the usual MoE for each candidate. MOE calculated according to:  Franklin, C. The ‘Margin of Error’ for Differences in Polls. University of Wisconsin, Madison, Wisconsin. October 2002, revised February 2007. Available at: https://abcnews.go.com/images/PollingUnit/MOEFranklin.pdf

Donald Trump Warned Of A ‘Rigged’ Election . . . Was He Right?

[…] hardened skeptics. While the exit poll results were consistently accurate throughout nearly all of the Republican primaries, they were wildly and broadly inaccurate in the Democratic primaries, exhibiting a pervasive […]

[…] voting represented about 40% of the votes, this year it will exceed 60%. The fact that for the 2016 Republican Party primaries the vote counts matched the exit polls—with most misses within the margin of error for the polls […]